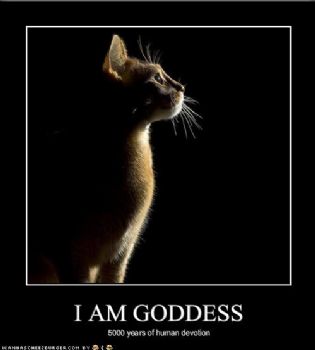 And I’m done! (For my fabu Spark Friends, no it doesn’t mean I’m leaving SP, so stop panicking! 🙂

Let me ‘esplain… First, I’m back from my trip – went to Kansas with the hubby for his year end meeting & awards dealy (Why they choose December in Kansas, I don’t know. I tried to talk the owner into a fiscal year instead but no avail!) Had a nice time, froze what little butt I have off, got to see the Rockettes (way cool!), met a lot of folks that I’ve heard about through the year which was even cooler, and the best thing – got to knock off a couple of socks at the awards dinner with how I looked – having an almost-trainer complement my arms and say he wished he had a client like me who wasn’t afraid to lift heavy, that was the second best thing that happened that night.

The first best was my hubby getting the “Newcomer of the Year” award. It’s a goal that he set last year, and while he had some amazing competition, he not only met his goal, but with enough of a gap that there wasn’t a question. We had a wonderful meal, amazing wine, great conversation… and then we had to ride back to the hotel in a car full of snarky people. Talk about a buzz kill. Worst part was the fact that I kept my mouth shut.

That’s when I decided that I was done.

I’ve been revising my goals, and I’m great with my financial, fitness, and household goals. Those have details and a concrete plan, and are very exciting. Then I get to the personal/spiritual goals, and I get stuck. I didn’t have anything there when I wrote out the first draft 3 months ago, and I decided I needed to write /something/, so I wrote, “To open myself up in faith and to find my voice”, but I had NO idea what that meant or how they work together… until that night.

By opening myself up in faith, for me, it means to do something that’s uncomfortable for me. One thing I picked to start was to donate to a charity of my choosing every pay period. My affirmation says “I have enough money to share and to spare” so it’s time to start sharing, even if I don’t feel like I can. If I keep myself closed off and protected, I’m not only keeping the bad things at a distance, but also the good and beautiful of the world. A caterpillar is only a butterfly after it’s fought it’s way out of the cocoon.

Finding my voice is a big step in faith for me – I’m the one who is agreeable, who is always helpful, saying what people want to hear, and then not saying something when I was worried that it might offend or upset someone. Or not sticking to my guns when having a ‘discussion’ just because I didn’t have a good argument.

I’m done with that. The saying ‘if you don’t have anything nice to say, don’t say anything at all’ applies to some situations, and I’m all for not being rude or hurtful.

What is more rude: Saying something nice, or saying the truth? In most situations, people want you to tell them what they want to hear. That’s fine, but if you’re going to ask me my opinion or for my help, I will give it to you. If you say something hurtful about someone, I’m going to call you on it. If I start to use my grumpy, snarky voice, I completely expect someone to call me on it. If I’m deluded in my thinking, or trying to rationalize it, I am opening myself up have that pointed out to me as well.

I realize I’m in a place of personal growth and am welcoming the opportunities. I also realize that other people aren’t. This is a process and a learning experience, but I’m looking forward to being done with who I was, and seeing the new and better me!